Mae Nam Khone Institute is formally known as Mong Pan Youth Association which was established in February 2013 by Nang Shining and Sai Hseing Pha in Mong Pan Township, Southern Shan State, Myanmar. Since then the organization has led and facilitated youth leadership programs, produced documentaries, and supported advocacy work to represent the interests of communities, particularly women and youth in Shan State.

In January 2020, MPYA has become a registered organization under the name of Mae Nam Khone Institute. 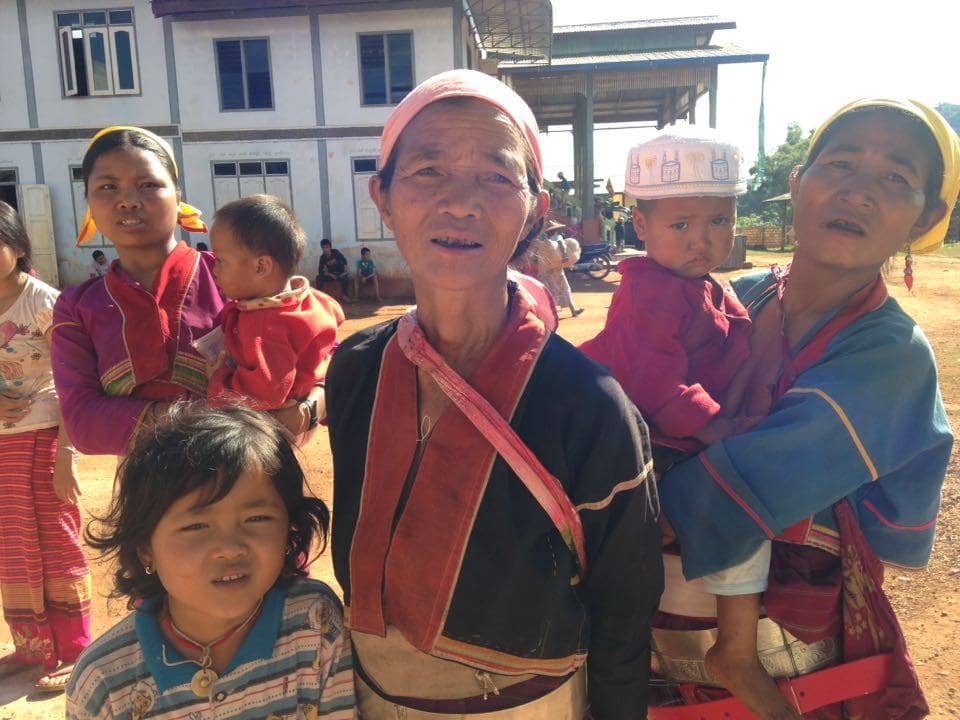 Mae Nam Khone Institute will collaborate with partner organizations and alumni to empower women and youth in Shan State and affected communities from uneven development projects across Myanmar, to have an active role in the peacebuilding process and in sustainable development.

(Sustainable development refers to the fact when people are able to solve their own problems, attain inner peace, have access to social justice, and are able to manage their own natural resources and community development.)

Mae Nam Khone Institute will collaborate with partner organizations and alumni to empower women and youth in Shan State and affected communities from uneven development projects across Myanmar, to have an active role in ...

(Than Lwin or Salween River)

I shall pass through this life but with a complexity, therefore,

I can do it

The green world and peaceful life that I am able to create for the new generation!

Let me do it now

Let me not defer or neglect it

For I shall not pass this way again

Only with enthusiasm can I find the goal

Let mother Nam Khone give nourishment to my heart

To achieve my goal

I need an extra strong spirit and courage plus further support from you,

let me say that I got a perfect life

because of what the river has done for me

So Mom continues to flow deep and wide

You are the spice of our life!

My name is Nang Shining, a Shan woman living in Mong Pan Township, a small town near the international river known as the Nam Khone in the Shan language, the Thanlwin in Burmese, the Salween in Thai and the Nu in Chinese. It is my hometown where I spent my childhood, surrounded by a range of beautiful mountains and a tall, deep teak tree forest.

When I was young, I used to think I could serve my community through sharing knowledge, enhancing people’s skills and encouraging consideration of how to value things, in particular the relationship between people and the environment.

My name is Nang Shining, a Shan woman living in Mong Pan Township, a small town near the international river known as the Nam Khone in the Shan language, the Thanlwin in Burmese, the Salween in Thai and the Nu in Chinese. It is my hometown where I spent my childhood, surrounded by a range of beautiful mountains and a tall, deep teak tree forest.

When I was young, I used to think I could serve my community through sharing knowledge, enhancing people’s skills and encouraging consideration of how to value things, in particular the relationship between people and the environment. The turning point to that is that, in every day of my life I see acts of injustice – the majority dominates the minority, the powerful oppress the powerless, the mainstream influences the marginalised and the rich undermine the poor. On top of that, our Mother Earth is being exploited in the name of development. We have extracted natural resources to give us comfort for every day of our life. My great concern is without a proper natural resources management plan, law enforcement and collaboration among the stakeholders, the result will be a complete imbalance in arguments between “incredible miracle” and “extreme jeopardy”.

Being a man bestows privilege in my community. A wife is supposed to follow the decisions of her husband and a sister has to give priority to her brother. Even among social activists, this privilege can exist. Yet I also have to empower women leaders and advocate for their rights. As the mindset of people places physical development above moral development, it has not been easy to encourage people to turn their minds to social and political issues. Nothing is impossible but it may take time and resources to become the changes we want to see. Change often starts with hope, by individuals and with small actions. In the midst of risks and challenges, therefore, I devote myself to making better changes for society and the environment within my means and I will stand by the side of marginalised communities and vulnerable people.

To chase my dreams, I decided to establish the organization called Mong Pan Youth Association together with my younger brother Sai Hseng Pha in my hometown, Mong Pan Township, Southern Shan State, Myanmar. As soon as Mong Pan Youth Association was formed in 2013, I went aboard for my further studies in the hope to gain more knowledge, skills and networks. When I graduated from my studies aboard, I returned to my hometown to implement my hopes and dreams because of a grave concern for empowering the youth and building their capacity, and raising awareness about the ongoing social and political issues within the communities in Mong Pan so that they can be aware of their rights and take action to defend themselves and their natural resources.

Since then, I fully invest my time in MPYA since 2015 onwards as a founder and director of the organization. The organization has led and facilitated youth leadership programs, produced documentaries, and supported advocacy work to represent the interests of communities, particularly women and youth in Shan State. In January 2020, MPYA has become a registered organization under the name of Mae Nam Khone Institute.

Being women and young leaders in a patriarchal society is not easy. I have been encountering many challenges due to it being in the ‘brown zone’, in a male-dominated culture, in an economy-oriented society and in a hierarchical system. It is not easy to spread the seeds of democratic ideals and human rights in the brown zone. In addition to that, when the organization started in 2015, we did not have human resources. At the same time of doing fund raising and networking, I also have to look after the project implementation, capacity building for our young staff and organizational development. Passion keeps me up to keep the work moving on.

I believe in youth power and their passion. Thus, instead of hiring skillful staff from outside, I build up the local youth to be professional staff, to be researchers and filmmakers. I work with youth volunteers from different ethnic groups such as Shan, Pa-Oh, Danu, Lahu, Tanaw, and Inthar across Shan State, Myanmar. I believe that “Youth is the future leader and the gear of a change”. Thus, I invest my time in the youth for a lasting change in our society. Many young people are interested in the environment and in development and they want to document what’s happening in their communities through film and other means, like action research or photography. The reason is that there are many big development projects such as coal and mineral mining, coal power plant and hydropower plants, which in one way or another have a lot of impact to social and environmental issues. Even though there are many development project activities, the majority of people have not been fully informed about the projects, nor have they been consulted. Thus, I came across working with youth and local communities living nearby mega development projects such as hydropower, coal mining and coal power plant and mineral mining site. We are also working closely with communities where their lands have been grabbed by the transmission line, and mineral mining.

This includes the Mong Ton dam project, near my hometown, a large hydropower dam proposed to be built on the mainstream Thanlwin River. It will be the biggest hydropower dam in Southeast Asia, but the potentially affected community like those from my hometown and villages next to the dam site, like Wan Sala, have not been consulted about the project. Thus, we started our own research and found that many people believe in the value of the River, but they have very little information about the big development plans for it. Many do not have access to information related to the project as well as the impacts of the dam.

The active participation of a diverse range of voices in local governance is critical to securing social justice and sustainable development. However, ethnic minority women in Myanmar face significant barriers to actively engaging in local governance. The rights of men and women appear to be equal when we look at them from the surface level, but based on our working experiences, there are many facts that are not visible. Many women do not realize that their rights have been structurally violated within the existing system. It is essential to empower the women and amplify their voices in efforts to promote and protect the human rights of women. I also believe that with this existing social problems and the related structural violence, it is very important to provide evidence-based data about what is happening on the ground and send the message across to wider audience and decision makers. That is why we have initiated youth and women empowerment and research program.

I believe that diversity is the beauty and the core value of our organization. We need to give a space to the younger generation to lead in order to have more innovative ways to make a positive change in our society. I want to transfer my responsibilities from generation to generation. After seven years of working and leading the organizations, now we have two offices; one in Taunggy, the capital of Shan State, and another one in Ywar Ngan Township, Southern Shan State, Myanmar. My definition of success is when the local people understand and can defend their own rights and can decide what they exactly want to do and can lead their own life. I can feel that we are at the crossroads of success as many youths know exactly what they want to do and they are able to lead their own projects and can serve for their community in many ways. Currently, many Nam Khone Alumni are leading the branch office in Ywar Ngan Township. Even though it’s a very small project, they learn how to take responsibility. It’s my dream to have them take the lead on everything.